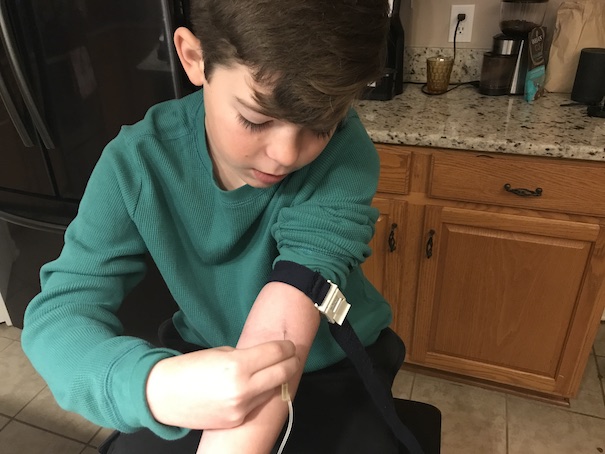 My name is Gillian and my son Noah has hemophilia. I have been in your shoes and remember how scary it was when he was first diagnosed. At the time, I did not believe I would ever accept his diagnosis. But here we are, more than eleven years later, and it is okay. My son is a normal, happy, and thriving adolescent!

When Noah was born, I already had a healthy two-year-old son and was looking forward to having another boy. I went in for a routine, scheduled c-section. Everything went smoothly. My son was born, appearing completely healthy. When Noah was one day old, he was taken for his circumcision. We were told he would be back in about an hour. My husband and I both fell asleep because we were exhausted. I remember waking up, more than an hour had passed and I was beginning to get concerned. At some point later, I remember a nurse coming in and saying that there was some prolonged bleeding, but it was nothing to be worried about. I also remember a doctor coming in and asking if there was any history of bleeding disorders in my family. I thought he was crazy!

We were told that Noah would get stitches and cauterization to stop the bleeding. Neither completely worked, but eventually, the bleeding slowed down enough and they brought him back to my room. Again we were asked if there were any bleeding disorders in my family, which there are not. We were told that if Noah started bleeding more, he would be taken to the neonatal intensive care unit (NICU). The bleeding did increase so he was brought to the NICU. My husband and I were so scared. The doctors took some blood from Noah to test for bleeding disorders. I thought for sure it would come back negative. After a long night, the doctors came into my room to tell me that in fact, my son had a factor 8 level of 1%: moderate hemophilia A. My heart sank. It sounded like a death sentence. I thought my son would bleed to death from the most minor childhood injuries. I knew a little about hemophilia, but not very much, and did not have an accurate idea of what it means to live with a bleeding disorder. My husband and I were in shock. Noah got his first treatment of factor 8. Everything was explained to us, but not much sank in.

After 3 days in the NICU, I finally got to take my baby home. I was so scared; scared to pick him up, scared that he was just going to break. And I felt so alone. No one I knew had hemophilia. It seemed as if we were the only ones. After the first few weeks of Noah’s life, I realized that I had to take control of the situation. What would I do if something happened? So I started to research. I found the Bleeding Disorders Foundation of North Carolina (BDFNC) website and joined. Through BDFNC I was connected with another mom who had a child with hemophilia. I learned that we are not the only ones dealing with this disorder. When my son was six months old, my family attended our first bleeding disorders event. We met other parents, children, and adults with hemophilia and other bleeding disorders. We saw kids with bleeding disorders running around and playing like everyone else. We learned that hemophilia is manageable and that my son can have a perfectly “normal” life. 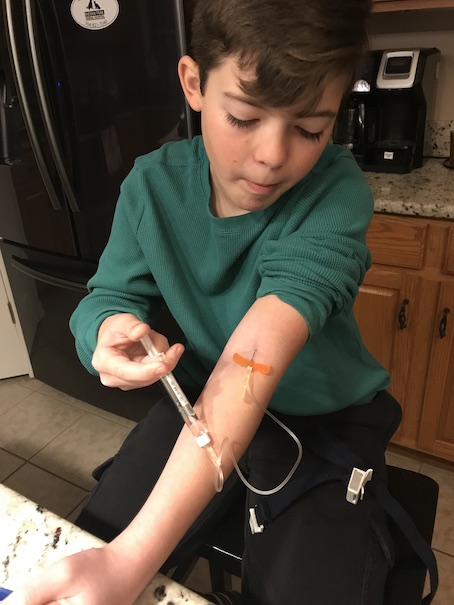 When Noah was about 20-months old, he started prophylaxis factor infusions to prevent bleeding episodes. I have been infusing him at home since then, and when he was 8-years old, he learned how to infuse himself! We now take turns with his factor infusions, which is helping him to develop independence and take ownership of his hemophilia. Getting factor is just another part of his morning routine a couple of days a week.

We have had a few bumps here and there, but through a great support system that I found through BDFNC, I have people that I can reach out to if I have questions or just a shoulder to lean on, and I have learned not to limit my son. Now, he is just like every other 11-year old. He plays with his friends, rides his bike, plays soccer, swims, climbs anything he can, likes puzzles and board games, loves animals and dreams of being a veterinarian when he grows up, and like every other kid his age, plays way too many video games!

I remember being where you are now. Scared, worried, and not sure of what your child’s life will be like. But it will get better. There is hope and promise of a good life ahead.

Gillian Schultz is HNC’s Director of Programs. She can be reached by email at g.schultz@bleedingdisordersnc.org